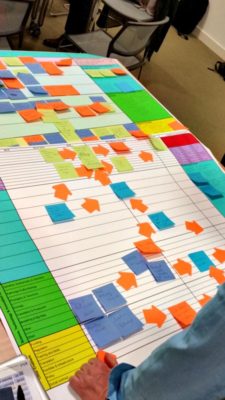 Plant science has a central role to play in so many of the global challenges facing the world today, including our future food security, the conservation of biodiversity, sustaining ecosystem services, improving global health and mitigating impacts of global climate change. The UK is internationally recognised for its excellence in plant science, and as such is well positioned to help provide solutions across the range of challenges facing the planet now and in the future.

The UK Plant Sciences Federation (UKPSF), a special interest group of the Royal Society of Biology, plays a key role in this endeavour by providing a unified voice and a forum for the whole UK plant sciences community. The aim of the group is to increase understanding of the significance of plant sciences and formulate a coordinated strategy and vision that is used to inform policy.

A recent result of this effort, published in 2014, is a major report UK Plant Science: Current status and future challenges [PDF]. Prepared with the input of over 300 scientists and other UK plant sciences representatives, the report identified the key challenges currently facing plant sciences and characterized gaps and opportunities to successfully meet those challenges. The areas identified as central were funding, translation, education and regulations, which were then explored in detail by specific working groups.

The main recommendation that arose was to develop a roadmap for the future of UK plant sciences, an ambitious project started at the end of last year. By creating the roadmap, UKPSF aims to identify how the UK plant science community can help meet these challenges, identifying goals, means and needs. The roadmap will provide evidence to support strategic decisions on investment, research, development, training, policy, and public engagement necessary to ensure a diverse, vibrant and innovative UK plant science sector, capable of meeting current and future challenges. 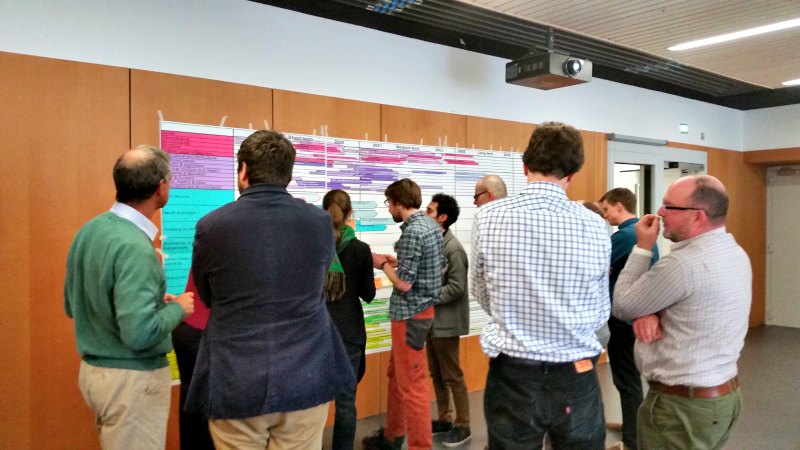 A roadmap is a strategic plan that communicates the necessary steps required to meet desired goals. First developed in the commercial technology sector, this approach has been used in a variety of high-tech sectors across industry and government worldwide, including in a number of scientific sectors. Recent examples of roadmaps in the scientific sector include the Synthetic Biology Roadmap for the UK [PDF] and UK Roadmap for Algal Technologies [PDF]. Producing a roadmap can evolve into national strategic plans and can accelerate the success of a field.

Roadmaps are considered to be key enablers for strategy building, as they allow for the incorporation of perspectives and expertise gathered from a full range of stakeholders. An important part of the process is determining the various routes to deliver the identified goals. This is done by identifying the links between them and the relevant stakeholders, challenges, opportunities, underpinning science, technology and innovation, as well as any enablers or resources (e.g. funding, regulation, training).

Following this approach, the UKPSF is currently developing a roadmap for UK plant sciences. Over 250 representatives from a wide variety of stakeholders groups were invited to take part in the UKPSF roadmapping exercise, including researchers from academia, government and private research organisations, government policy makers and funding agencies, charities and NGOs, and industry.

Feedback was sought from these stakeholders and was used as the starting point for two workshops, organised in March 2016 in London and Edinburgh. The workshops allowed participants to both feed in their own views and also to review and challenge those of others, and to capture this input in a structured way to facilitate further analysis. As well as discussing the overall picture, a number of specific themes were identified and examined in greater detail, resulting in the creation of draft strategic plans for each theme.

The outputs from the workshops were combined with further desk-based research and additional written input received from those unable to attend the events. This combined output was used create a first draft of the roadmap, which was presented at the PlantSci 2016 conference held in April at the John Innes Centre. Interest and feedback from conference attendees, including that received during a lively and stimulating open-floor discussion session, certainly indicates that the exercise is on the way to achieving its aims.

The roadmap continues to be developed with the experts in the plant sciences field and we are excited to see its positive contribution to the field and to society now and in the future. Further details will be published as the project progresses.

This post originally appeared at All Under One Leaf, the weblog of the UK Plant Sciences Federation.