These are links from our Scoop It page between February 1st and February 17th:

UK Plant Sciences Federation Executive Officer
Salary: £31,000 – £40,000
The Society of Biology has a number of Special Interest Groups that provide expertise on specific topics within the Biosciences. The UK Plant Sciences Federation (UKPSF) was established as a Special Interest Group in November 2011. It aims to bring together the plant science community in the UK and create a coordinated approach to research, industry, funding and education in this vital sector of the biosciences. The Society of Biology has a vacancy for a full-time member of staff who will manage the UKPSF and its outputs. This position is jointly funded by the Gatsby Charitable Foundation and the Society for Experimental Biology. For more information on the UK Plant Sciences Federation, please visit: http://plantsci.org.uk/


Plants Use Body Clocks to Prepare for Battle

Biologists at Rice University have discovered that while plants might look fairly inactive in the day, they are surreptitiously preparing for battle with hungry insects. 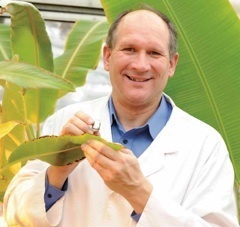 The Spring 2012 edition of LE1, the University of Leicester's corporate magazine, featuring our very own Professor Pat Heslop-Banana!


The Potato’s Contribution to Population and Urbanization: Evidence From A Historical Experiment


Food security in Pakistan: past and present

A strong national agricultural research system is necessary to increase and sustain food production. In Pakistan, national agricultural research system consists of the Federal Pakistan Agricultural Research Council (PARC), as well as provincial research institutes and agricultural universities. PARC aims to conduct, support coordinate and promote agricultural research throughout Pakistan. PARC introduced National Coordinated Research Programmes (NCRP) in 1976 on various crops, such as wheat and sugar, to strengthen research capabilities. NCRPs were proven to be very effective at increasing productivity by releasing a significant number of high yielding crops and production technologies. Until the 1980s, PARC implemented 33 NCRPs on major commodities and disciplines in close collaboration with provincial institutions. But in 2009, due to lack of funding, all NCRPs were terminated. 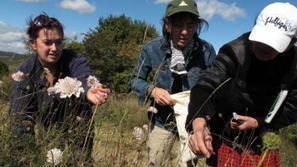 
Carrots as illustrated in Ancient Manuscripts

Now pictures of carrot varieties from mediaeval illuminated manuscripts have been brought together: Illustrations of Carrot, Daucus, Pastinaca and Staphylinos…Herbals are a particularly interesting group in the history of written communication in that they have always been in circulation since the antiquities and were not 'rediscovered' during the renaissance.

Despite the faithful transcription of the manuscript text by monastic scribes, distortions inevitably crept in as the work passed from one hand to the next. Greater variation exists among the illustrations which were often painted without reference to the living world.

Despite it being the middle of winter in the UK, there is an explosion of summer colour in one of the big greenhouses at the Royal Botanic Garden at Kew in west London. Visitors are being invited to dive into a sea of exotic orchids and other tropical plants.

Primitive moss-like plants could have triggered the cooling of the Earth some 470 million years ago, say researchers. A study published in Nature Geoscience may help explain why temperatures gradually began to fall, culminating in a series of "mini ice ages". Until now it had been thought that the process of global cooling began 100 million years later, when larger plants and trees emerged.

The simple plants' interactions with rocks are believed to be the cause.


Thanks to Plants, We Will Never Find A Planet Like Earth: Scientific American 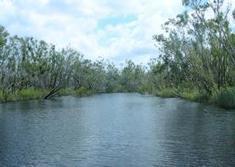