These are links from our Scoop It page between November 15th and November 24th:

While turkey is the star of the Thanksgiving plate, a humble side dish is getting its moment in the science spotlight. The Global Crop Diversity Trust and the International Potato Center in Peru have set aside $1 million for a renewable 5-year grant that aims to study and protect the crop. The grant is designed to help scientists study and maintain the tuber’s genetic diversity, as well as develop ways to make it more resistant to pests, disease, and weather changes.

Science has long been married to mathematics. Generally it has been for the better. Especially since the days of Galileo and Newton, math has nurtured science. Rigorous mathematical methods have secured science’s fidelity to fact and conferred a timeless reliability to its findings.
During the past century, though, a mutant form of math has deflected science’s heart from the modes of calculation that had long served so faithfully. Science was seduced by statistics, the math rooted in the same principles that guarantee profits for Las Vegas casinos. Supposedly, the proper use of statistics makes relying on scientific results a safe bet. But in practice, widespread misuse of statistical methods makes science more like a crapshoot. 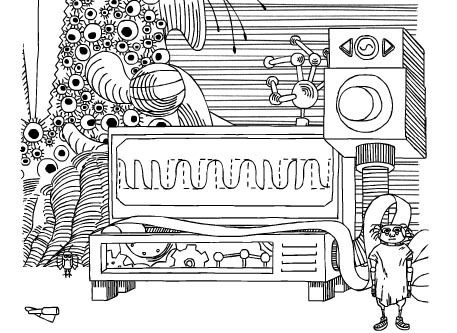 While my stream is filled with Google-Turkey doodles this morning, the actual current Google homepage (23 Nov www.google.com ) has a doodle very relevant to the systems biology thinking that I touched on in my cell and developmental biology course. It is based on animations of Science Fiction writer Stanisław Lem's work, but shows terrific examples of the different types of control mechanisms that can be used to achieve the same ends – a particular output based on an input and several switches for control. Can you think of examples with gene networks involving different control approaches? Are there any examples of redundancy in the doodle, and how robust are the controls to errors or perturbation? The waveform generator has many parallels in plant biology, with different examples of triangular waves, sine-waves, and switches/square waves, in various phases with the output. Think about feed-back and feed-forward for the man-in-the-cannon example too – how is that related to prediction of seasonal changes? What are biological inputs and outputs? 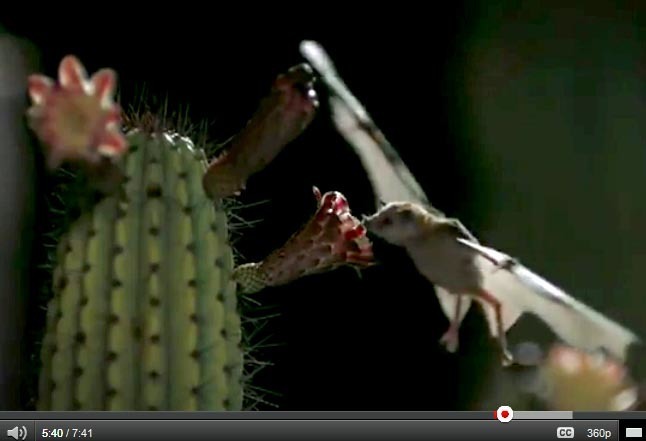 http://www.ted.com Pollination: it's vital to life on Earth, but largely unseen by the human eye. Filmmaker Louie Schwartzberg shows us the intricate world. Pollination starts about 3:15

A night-flowering orchid, the first of its kind known to science, has been described by a team of botanists. Experts say the remarkable species is the only orchid known to consistently flower at night, but why it has adopted this behaviour remains a mystery. 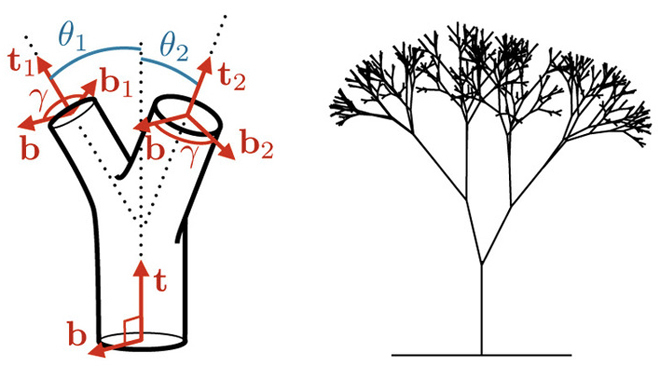 Trees almost always grow so that the total thickness of their branches at a particular height is equal to the thickness of their trunks. Until now, no one has been able to explain why trees obey this rule, which Leonardo da Vinci first noticed.

If the sexual landscape of plants turns out to show abundant signs of fights and flirting, the tensions could easily play out in another phenomenon familiar from animals: battles of the sexes. Researchers are starting to look at conflicts for resources between male and female functions in the same plant. After the pollen bash in the bar, there could be some slaps on the face and door slamming in the parking lot. 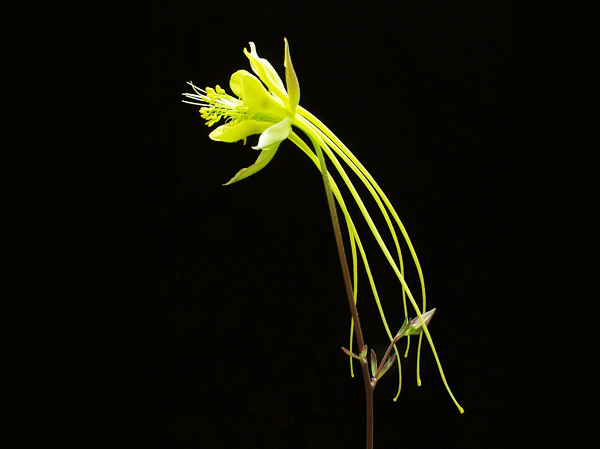 Researchers have discovered that the key to the different lengths of columbine spurs is the shape of the cells inside. Previously, it was thought that the different lengths were due to the number of cells. Columbines are a living example of evolutionary diversity – they come in over 70 species, each with flowers tailored to the length of their pollinators' tongues. The short, curled spurs of Aquilegia vulgaris attract bees, while the longer tails of the appropriately-named Aquilegia longissima appeal to hawkmoths. 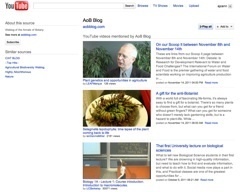 
Blog.1DegreeBio.org | 42 Reasons to Make Your Way to the Lab Each Morning

Why do you wake up in the morning and make your way to the lab after a reasonable amount of time, food consumption, and whatever else? What are your motives, driving forces, and points of no return? I have seen my share of weird rationales in my time, so I figured, why not share some of these with you here!

1. You love your project. It has been challenging, interesting, and refreshing.

Look for an Evergreen Day