These are links from our Scoop It page between September 21st and September 30th:

How to Grow a Beautiful But Deadly Garden

From hemlock through castor bean to nightshade and monkshood … while “most of the plants you’d find in a garden are harmless beauties, not all are so innocent and a few can even be downright deadly. But some gardeners prefer to grow on the wild side, cultivating botanical killers that can be as beautiful as they are lethal.
From rat-eating carnivores to toxin-producing plants tapped by KGB assassins, these are some of the strangest and most deadly botanicals

Flowers bloom for a second time

UK plants are flowering for a second time this year because of the unseasonably warm weather. With temperatures soaring, plants such as foxglove and cowslip, which usually flower in the spring, are in full bloom six to eight months early. Cold nights experienced across the UK in August are thought to have led to the early onset of autumn colours. This warmer spell now has plants acting like it is spring.
Source: www.bbc.co.uk

Affable Nerds and Second Bananas: What Science Communicators Can Learn From Top Gear 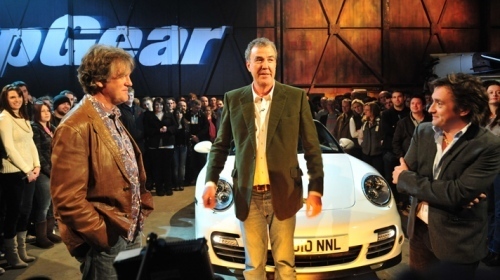 “Why has academia largely ignored one of the world’s most popular technology programmes – and what does the show tell us about the effective communication of complex ideas?”

Starting and Maintaining Your First Laboratory An Essential Checklist

Valuable points and pointers about starting a new lab in this three-part series. Make sure you learn these skills as a PhD student or post-doc!

Running your own lab is an exciting venture filled with success, discovery, and the opportunity to pursue novel research. With such excitement comes great responsibility, whether in the form of mentoring graduate students, helping postdocs find jobs, publishing a steady stream of research, and securing tenure at your university or research institute. In addition, the combined logistics of managing startup (and additional grant) funding, ordering supplies and setting up a functional lab, not to mention relocating and finding housing, can be very overwhelming and stressful, to the point of impeding productivity. But it doesn’t have to be.

Thoughtful comments on what research is needed to support farming in Africa. Exactly how useful is a genome to the typical farmer?

The Story of Agriculture and the Green Economy

The future of our world depends on addressing global challenges now. We need to create sustainable livelihoods, feed a growing population and safeguard the environment. Agriculture accounts for 37% of employment, but 97% of these live in developing countries. We must increase productivity and reduce wait, increasing quality and biodiversity.
Source: www.youtube.com

Plant bends to bury its own seeds

A new plant that “bends down” to deposit its seeds has been discovered in the Atlantic forest in the state of Bahia, northeastern Brazil. The new species has been named Spigelia genuflexa after its unusual adaptation. After fruits are formed, the fruiting branches bend down, depositing the capsules of seeds on the ground and sometimes burying them in the soft cover of moss
Source: www.bbc.co.uk

Smithsonian magazine: Maize geneticist Barbara McClintock is a female scientist you should know 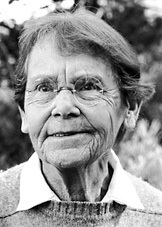 Barbara McClincock determined that genes could move within and between chromosomes by observing the patterns of coloration of maize kernels over generations of plants. The finding didn’t fit in with conventional thinking on genetics, however, and was largely ignored; McClintock began studying the origins of maize in South America. But after improved molecular techniques that became available in the 1970s and early 1980s confirmed her theory and these “jumping genes” were found in microorganisms, insects and humans, McClintock was awarded a Lasker Prize in 1981 and Nobel Prize in 1983. 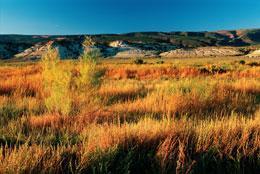 Why are some environments teeming with different plant species whereas others support only a few? Light, not productivity, may control species richness.
Source: www.nature.com

A search of a variety of apple first grown in the Highlands has widened out into an effort to trace four other ‘lost’ types.